Following the recent announcement from Chancellor Rishi Sunak that the UK Government plans to back 5% loans, IQ Legal Training CEO, Ian Quayle, considers the impact on the legal profession; a topic he will be covering in the forthcoming Completion Day Nightmares webinar.

The UK Government has announced that incentives are going to be provided to encourage first time buyers into the housing market restoring the spectre of the 5% deposit.

There are a number of issues when acting for a seller:

Some case law assists concerning the application of Section 49 and the risk of a deposit being a penalty.

When a contract for the sale of property falls through, the normal expectation is that where the fault lies with the buyer, the deposit paid on exchange of contracts will be forfeited. That said the Court has a discretion as to what to do and the position is not that clear.

The approach of the Court when exercising its discretion has been varied. In the late 1970’s the Court declared that the jurisdiction of Section 49(2) is “one to be exercised where the justice of the case requires”.

The word “justice” was interpreted in a very wide sense, indicating that repayment must be ordered in any circumstances which makes this the fairest course between the parties. (Universal Corporation v Five Ways Properties Limited [1979] 1 ALL ER 553).

In the 1980s there then followed several decisions of the Court which indicated that in circumstances where a seller was able to resell at a profit the fairest course was to order repayment. 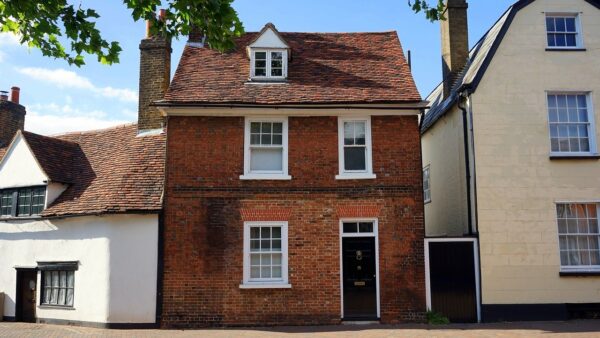 In this case the Court of Appeal applied what has later been described as “a slightly stricter” approach. The importance of attaching certainty to the consequences of paying a deposit was recognised and, in a victory for sellers, it was held that if a buyer pays a deposit he is likely to lose it if he does not fulfil the contract; that should be the starting point.

Indeed, the Court even went so far as to state that the circumstances which make it appropriate for the Court to exercise its discretion to return the deposit to the buyer must be exceptional. In Omar the deposit was not 10% but 31% and it was acknowledged by the Court that the property might be re-sold for a profit; yet the Court still did not order repayment. 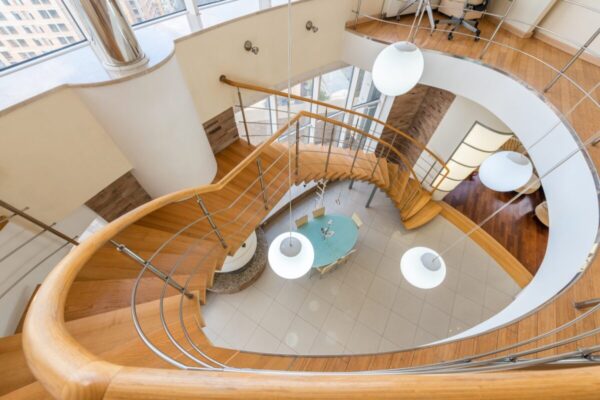 In this case, the Court was asked to determine whether the deposits paid on three related transactions, the sale and purchase of three luxurious flats, should be returned. In a departure from the Omar case, the Court held on this occasion that if special circumstances are needed to justify the return of a deposit where the buyer is in breach of contract, the fact that the seller has or would be able to resell the property elsewhere for a profit would constitute such special circumstances.

The Court was so persuaded by the valuation evidence available at the hearing that it concluded that the deposits on the two flats which were clearly capable of resale at a profit were in principle repayable notwithstanding the buyer’s default. Conversely, the seller was entitled to retain the deposit for the remaining flat for which the valuation evidence demonstrated that the sale price had declined.

The message from the Court following Tennero was therefore that the resale value of a property is a highly persuasive factor in determining the Court’s discretion whether to allow a deposit to be forfeited.

Understandably, practitioners could have been forgiven for assuming as a result of this case that where a profitable re-sale had occurred or was likely, the deposit would in all likelihood have to be returned irrespective of the buyer’s default. However, the Court in Midill has confirmed that this is not so. 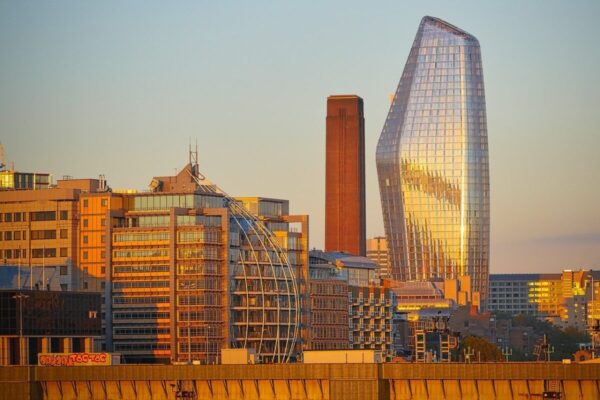 The facts of this case are on Christmas Eve 2005, the Claimant (“Midill”) agreed to pay the Second Defendant (“Gomba”) £4,000,000 for all the shares in the First Defendant (“Park Lane”) a company whose only asset was a commercial property in London.

The price was to be paid in tranches including a 10% deposit upon execution of the agreement. Subsequently Midill was unable to complete notwithstanding service of a Notice to Complete. Thereafter Gomba sought to rescind the agreement and the property was subsequently sold by Park Lane to an unconnected company for a sum in excess of the original purchase price agreed.

Part of the dispute before the Court was to determine whether Gomba was entitled to forfeit the deposit paid by Midill upon exchange irrespective of the profit which had been achieved as a result of the subsequent sale of the property to an alternative third party.

The law on this issue is contained in Section 49(2) of the Law of Property Act 1925 which states:

“Where the Court refuses to grant specific performance of a contract, or in any action for the return of a deposit, the Court may, if it thinks fit, order the repayment of any deposit”.

This provision gives the Court an unqualified discretion to order the return of a deposit even if the buyer has failed to complete the purchase following service of a Notice to Complete. The question Midill had argued that the circumstances of its case fitted fairly and squarely within the principles enunciated by the Court in Tennero. The seller had resold the property elsewhere for a profit and therefore the deposit should be returned.

However, the Court rejected that argument. In a departure from Tennero the Court did not order repayment of the deposit notwithstanding the fact that the seller had made a profit on a subsequent sale to an alternative buyer. The Judge’s view was that if the position were otherwise and the liability to repay a deposit were to depend upon some future sale price, there would be considerable uncertainty.

In Midill it was suggested by the Court that the parties could have expressly provided, in the contract, had they so wished, for the liability to repay the deposit in the event of a default to depend upon the outcome of a subsequent resale. However, it is probably unlikely from a seller’s perspective that this would be an acceptable point of negotiation. A question that has been posed is whether the seller can exclude the ability of the buyer to invoke Section 49(2) altogether. 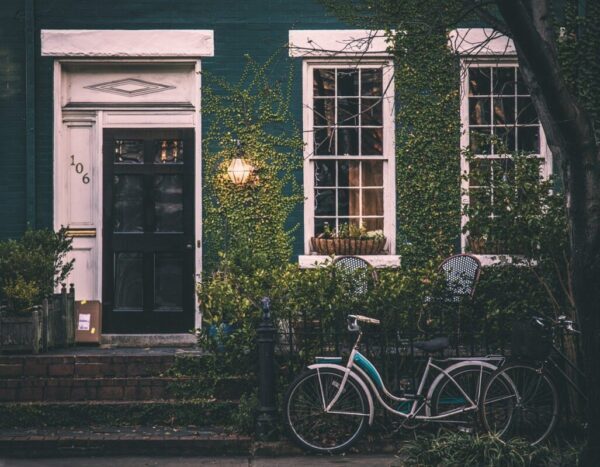 In July 2006, contracts were exchanged for the sale of two leasehold properties for a purchase price of £2.16m. A 10% deposit was paid on exchange. The contract stipulated that “Section 49(2) of the Law of Property Act 1925 shall not apply”. The buyer failed to complete and a Notice to Complete was served. The deposit was thereafter forfeited and a claim for repayment instigated.

The seller sought to rely on the contractual exclusion of section 49(2) to defend the claim. The Court faced with this situation firmly held that a provision excluding the Court’s ability to exercise its discretion was effectively an attempt to remove the jurisdiction of the Court which was void on the grounds of public policy. Accordingly the provision in the sale contract was of no effect and could not exclude the buyer’s right to apply to Court for relief. 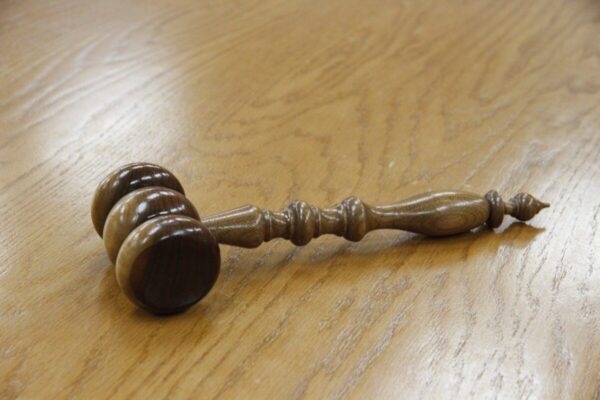 Although this case dealt with a number of issues concerning misrepresentation. The Court confirmed that both a deposit paid up front, and a balance payable at a later date, stand to be forfeited or paid if the purchaser wrongly fails to complete. And there was nothing exceptional in this case to relieve the Griffiths from losing their deposits even though the vendors had re-sold the property a year later for the same price, £3.6 million.

Accordingly, including the additional £35,000 payable for the time extension, the Griffiths lost £395,000 on this purchase and, of course, have to pay the costs of the Court proceedings.

A word of caution is required when a deposit is paid that is greater than 10 per cent. The starting point here is the case of Workers Trust & Merchant Bank Ltd v Dojap Investments Ltd [1993] 2WLR 702 which is a Privy Council decision where a deposit of 25% of the purchase price was paid. The Privy Council ordered the return of the deposit paid by the buyer despite the buyer being the defaulting party. The thinking was that this deposit was a penalty.

Finally we obtained clarification in Cavendish Square Holding BV v Talal El Makdessi [2015] UKSC 67 the Supreme Court explained, “ The true test is whether the impugned provision is a secondary obligation which imposes a detriment on the contract breaker out of all proportion to any legitimate interest of the innocent party in the enforcement of the primary obligation”. The innocent party can have no proper interest in simply punishing the defaulter. His interest is in performance or in some appropriate alternative to performance.

It follows that a deposit paid of greater than 10% can be challenged as a penalty unless there is evidence at the date of contract the parties had a valid reason to agree a higher sum. Case law suggests if the payment is deemed a penalty a defaulting buyer may be able to reclaim the entire deposit not just the excess above 10%.

Ian Quayle qualified as a solicitor and worked in private practice for 12 years specialising in property law matters. He has since delivered over 1500 training courses to legal professionals in city and regional firms, local law societies, local authorities and students. Connect with Ian on LinkedIn here.

To register your interest for the Completion Day Nightmares webinar, call 0747 112 5651 or email us at [email protected].

You can find out more about which cookies we are using or switch them off in settings.

This website uses cookies so that we can provide you with the best user experience possible. Cookie information is stored in your browser and performs functions such as recognising you when you return to our website and helping our team to understand which sections of the website you find most interesting and useful.

Strictly Necessary Cookie should be enabled at all times so that we can save your preferences for cookie settings.

If you disable this cookie, we will not be able to save your preferences. This means that every time you visit this website you will need to enable or disable cookies again.

This website uses Google Analytics to collect anonymous information such as the number of visitors to the site, and the most popular pages.

Please enable Strictly Necessary Cookies first so that we can save your preferences!